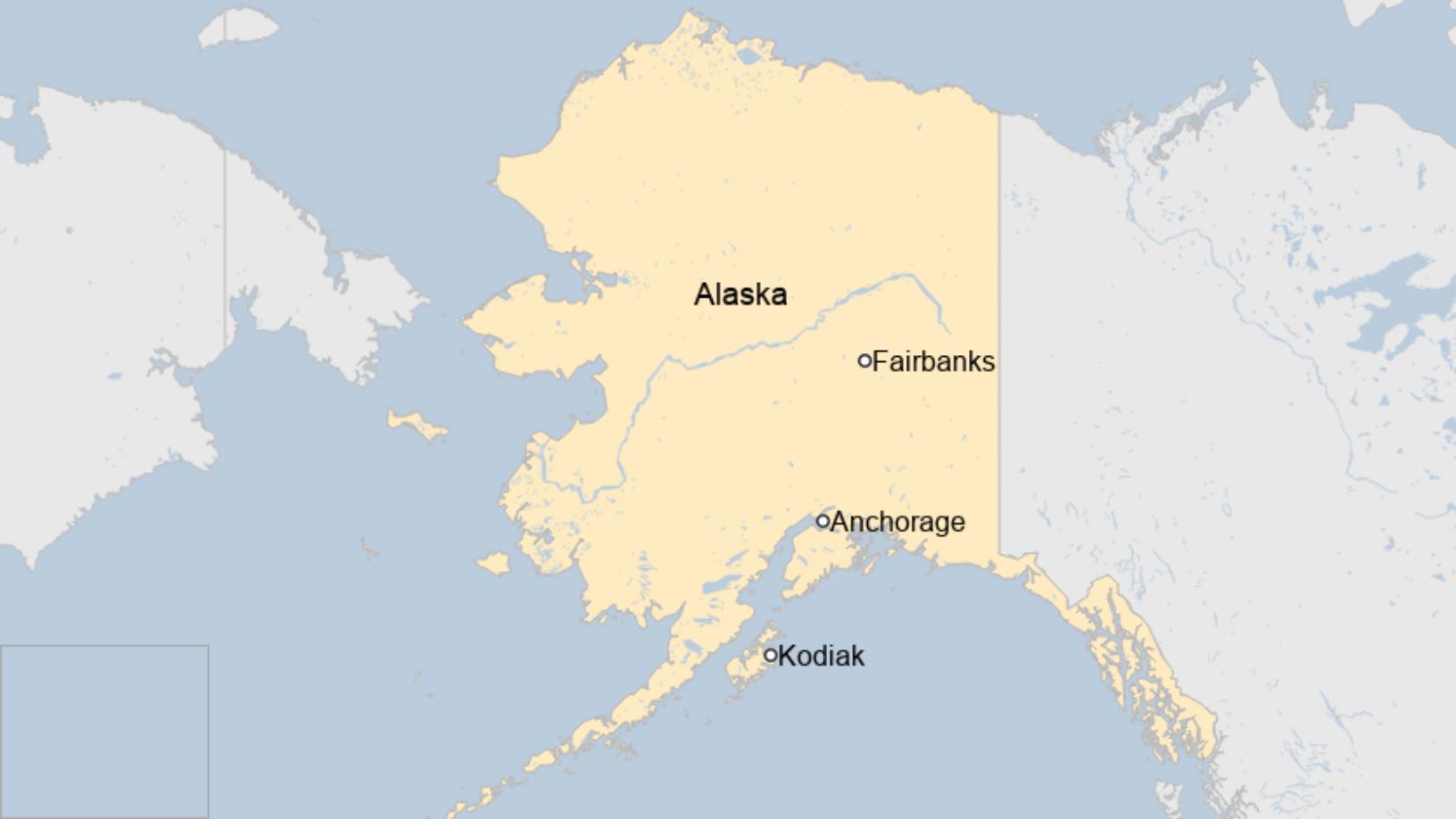 The coldest US state of Alaska has recorded its hottest-ever December day, amid an unusual winter warm spell.

Temperatures soared to a record 19.4C (67F) on the island of Kodiak on Sunday – almost seven degrees warmer than the state’s previous high.

But elsewhere in Alaska temperatures have been plunging to record lows.

In the south-eastern town of Ketchikan, temperatures dropped to -18C (-0.4F) on 25 December – one of the town’s coldest Christmas Days in the past century.

The weather extremes have prompted warnings of an “Icemageddon” from authorities, as torrents of rain and snow have left ice as hard as cement coating the roads.

Experts say warm air pouring in from Hawaii has made Alaska’s air – usually cold and dry during December – more moist. This has meant heavy rain and snow storms are more likely in interior regions, away from the balmy coastal areas.

Heavy snowfall was followed by torrential rain that left the region coated with ice as the rain quickly froze, resulting in widespread power failures, road closures and offices being shut.

Thick ice formed on roads and made them treacherous for drivers, warned the Alaska Department of Transportation and Public Facilities.

“Ice is extremely difficult to remove once it has binded to the road surface. Even though air temps were warm… roads were at sub-zero temps, which caused ice to bind to the surface,” the department said on Twitter.

The fiercest mid-winter storm since 1937 struck the central city of Fairbanks over Christmas, dumping more than 10in (25.4cm) of snow, Mr Thoman explained.

So much snow fell on Sunday it caved in the roof of the only grocery shop in the town of Delta Junction, 95 miles (153km) south-east of Fairbanks.

Mr Thoman said the blasts of extreme warm and cold temperatures over the past two decades were a sign of climate change.

“When all the pieces come together in a warming world we’re going to get these unprecedented events, that’s what we expect,” he said.

The cold is set to return – temperatures in Fairbanks are forecast to drop to below -29C (-20F) this weekend.

But warm, soggy episodes are likely to be more common in the future, Mr Thoman predicted.

“2021 really seems to be the year these extreme precipitation events have really come to the fore,” he told the BBC.