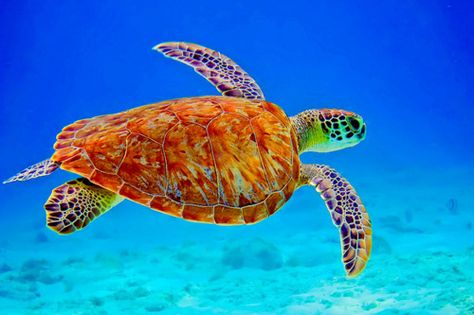 Why plastic is a deadly attraction for sea turtles

Scientists have new evidence to explain why plastic is dangerous to sea turtles: the animals mistake the scent of plastic for food.

Thus, a plastic bag floating in the sea not only looks like a jellyfish snack, but it gives off a similar odour.

This “olfactory trap” might help explain why sea turtles are prone to eating and getting entangled in plastic, say US researchers.

Plastic debris is rapidly accumulating in the oceans.

The likes of plastics bags, netting and bottles pose a threat to hundreds of marine species, including endangered turtles, birds and whales.

Odours given off by floating or submerged plastics were an “olfactory trap” for sea turtles, said Dr Joseph Pfaller of the University of Florida, Gainesville.

“Plastics that have spent time in the ocean develop smells that turtles are attracted to and this is an evolutionary adaptation for finding food, but it has now become a problem for turtles because they’re attracted to the smells from the plastics,” he said.

Once plastic has been released into the ocean, microbes, algae, plants and tiny animals start to colonise it and make it their home. This creates food-like odours, which have been shown to be a magnet for fish and possibly sea birds. The new research suggests sea turtles are attracted to plastic for the same reason.

Marine predators like sea turtles, whales and sea birds forage over a vast area to find food and it makes sense that they would use chemicals in the air or water to do so, said Dr Pfaller.

“It’s not just a visual thing – they’re being attracted from probably long distances away to these garbage patches out in the open ocean.”

The danger of items like straws and plastic bags to sea turtles is well known. A video of a plastic straw stuck up a turtle’s nose went viral on social media in 2015.

Dr Pfaller said all types of plastic were a threat.

“The errant plastic straw in a turtle’s nose or the random plastic bag – sure those are absolute problems – but anything out there can grow bacteria and animals on it that turtles want to eat and so it smells to them like something they should go check out and possibly consume, which can lead to their death.”

The findings, published in Current Biology, are based on an experiment involving 15 young loggerhead sea turtles that had been raised in captivity.

The researchers piped airborne odours into the air above a water tank and recorded the turtles’ reactions with cameras.

The animals responded in the same way to odours from conditioned plastics released into the air as they did to food such as fish and shrimp meal.

When they came up to breathe, they kept their noses out of the water more than three times longer than normal to get a good smell of the weathered plastics.

The findings open up new avenues for research to protect the marine animals that are threatened by plastic debris in the sea, mostly through entanglement and ingestion.

A recent study found that given current trends, 99% of seabirds will have ingested plastic waste by 2050.