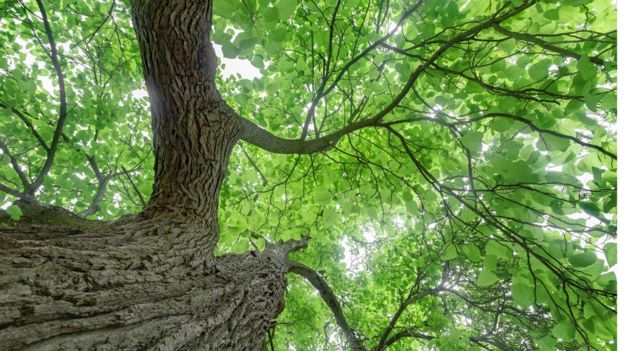 It is midnight at an almost deserted bus station and one of the Amazon’s most courageous warriors is sitting on a plastic chair and breastfeeding her child, apparently indifferent to the hefty price on her head.

Illegal miners have offered 100g of gold to anyone who kills Maria Leusa Munduruku, a forest defender, indigenous leader and women’s rights activist who has spearheaded campaigns to halt invasions of the Tapajós river basinby polluters, loggers and dam builders.

After some of the men of her tribe – the Munduruku – were co-opted by gold prospectors, she formed a women’s association that now takes an increasingly prominent role in dangerous missions to demarcate territory and evict illegal occupants.

“We need to be brave,” she says, adjusting a heavy nylon bag that serves as a suitcase while another child pulls at her painted arm.

“Our women’s group is very strong. We are now in the front because the men put too much trust in the authorities. We think differently. We think it is up to us to protect ourselves. We don’t expect the government and police to do that.”

About 300 women attended the inaugural meeting in Boca do Rio das Tropas Nova Trairão last year of the Wakoborun Women’s Association, one of the recipients of donations to the 2019 Guardian and Observer charity appeal, which focuses on solutions to the climate change crisis.

Some of the meeting’s participants had to travel more than two days by boat from distant villages in the vast Munduruku territory, which is home to many of the best maintained forests in the Brazilian Amazon.Advertisement

This reflects a trend that is of global importance in sequestering carbon dioxide, maintaining natural diversity and ensuring fresh water supplies. Numerous studies have shown the most effective way to protect forests worldwide is to support indigenous land rights.

In the Amazon, deforestation rates inside indigenous territory are two to three times lower than outside of them. For hundreds of years, Munduruku lands were largely inaccessible to outsiders due to dense vegetation, waterfalls that made river navigation difficult, and the tribe’s reputation for cutting off the heads of their enemies.

Threats have grown in recent decades, particularly with proposals by the previous Workers Party government for a cascade of dams on the Tapajós, which prompted the Munduruku to self-demarcate territory and form alliances with other tribes – even former enemies in the riverine communities of Montanha e Mangabal. This was partially successful in shelving plans for a hydroelectric project at São Luís.

Pressure has reached a new pitch in the past year since the ultra-rightwing militarist Jair Bolsonaro took power. The president – who has admitted that he, like his father, tried illegal mining – has weakened environmental protections, halted demarcation of indigenous lands, condemned Indians as lazy, and promised to open up more of the Amazon to extractive industries. “Where there is indigenous land, there is wealth underground,” he said before taking office. He has also revived hydroelectric plans across the Amazon.

Leusa – who won the 2015 United Nations Ecuator prize on behalf of the Munduruku Ipereg Ayu movement (which she coordinated at the time) – says invasions on Munduruku territory have surged in the past 12 months because illegal miners believe the government is now on their side.

She says some Munduruku men feel they have no choice but to accept a cut of the profits, which they squander on alcohol, drugs and prostitutes. She fears they are losing their culture and their language.

The Guardian and Observer appeal donations are channelled by Global Greengrants Fund UK, which has previously paid for the women’s group to have multimedia training (including the use of drones for monitoring territory), craft workshops and beekeeping lessons so that locals can sell art and forest produce as an alternative income.

“We are trying to show the men there is another way to make a living,” she says. “It’s true that mining makes more money, but we argue it destroys the future for our children. It is true that mining brings death, not a future, to our children. Some of our people can be persuaded, but others won’t listen. Some want to kill me. Even my own uncle has relatives that have threatened me.”

She is undaunted. The damage to the river and the forest is too great for her to ignore. The situation is different at each of the 130 or so Munduruku communities, which sit along the Tapajós and its tributaries. Worst affected is the Tropas river – where local leaders made a deal with miners who brought in bulldozers, dredges and chemicals.

Leusa says the once-clear water is now murky, the fish are dying and children are suffering diarrhoea. But where the women’s association is strong – on the Cururu and Anipiri rivers – the water is still clean.

But threats continue to grow from numerous directions. Leusa has joined the men in fighting against government plans for a cascade of dams that would deluge swathes of their territory. She has also taken the fight – along with her baby – to the capital, Brasília, where she compared the forest to a mother: “Because of the government, our forest is shedding tears. Tears that fall like milk from our breast.”

2019-12-23
Previous Post: Seychelles: The island nation with a novel way to tackle climate change
Next Post: US rules out any talk of a climate crisis in trade negotiations