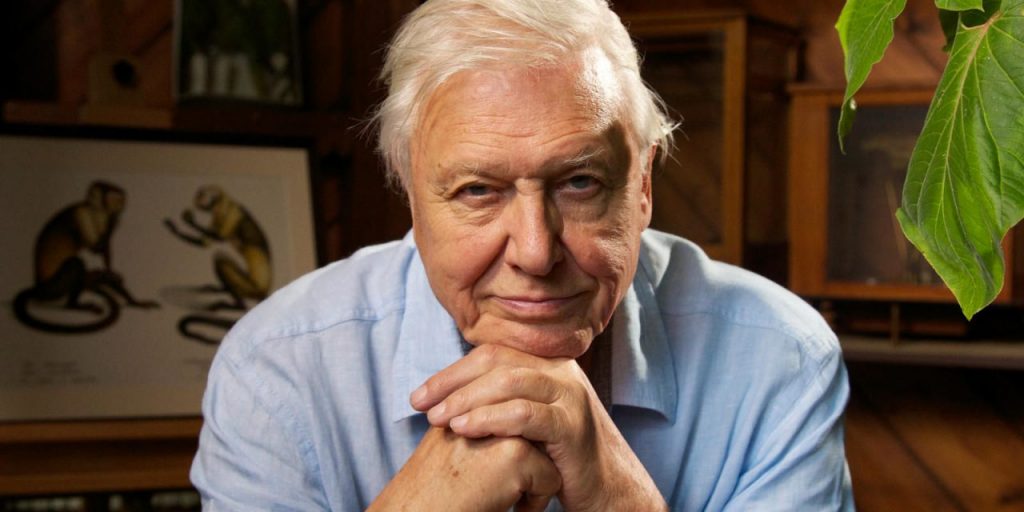 Like many of us, Sir David Attenborough has had to adapt to new ways of working since the coronavirus pandemic took hold this spring.

For his latest series, the 93-year-old – who has been shielding – had to record some of his voiceovers from his home in south-west London.

“I’m very lucky, I don’t have a huge garden… I live in suburban Richmond-upon-Thames but I have a reasonable-sized garden and it has a pond. I’ve lived here about 60 years.”

But anyone tuning into BBC One’s Perfect Planet will feel as far away from London as it is possible to be.

The five-part series transports viewers to numerous parts of the world including the tidal islands of the Bahamas, Kamchatka in Russia and the Galapagos Islands.

Not particularly unusual for a Sir David documentary, you might think.

But this time, the focus is on how the forces of nature – weather, ocean currents, solar energy and volcanoes – drive and support life on earth, and how wildlife adapts to whatever the environment throws at it.

The opener looks at the impact of volcanoes, featuring the inhospitable but vast breeding ground for the lesser flamingo at Lake Natron in Tanzania, in the shadow of the active volcano, Ol Doinyo Lengai (Mountain of God).

Filmed by drone for the first time, the episode homes in on the intimate scene of these leggy birds laying their eggs on tiny nests built on the highly caustic soda flats of the lake. Later, the chicks tentatively emerge and begin to find their feet.

“That flamingo sequence is one of the most incredible sequences I’ve seen on television. It’s been filmed so beautifully, the use of drones – it’s so skilful, the pictures are indelibly planted in the mind. It’s extraordinary,” says Sir David.

Unsurprisingly, filming in such a harsh environment wasn’t easy.

“More people had landed on the moon until fairly recently than had landed on the flats. It’s a highly caustic environment. The pH there is about 12 – not far off household bleach. The only option to get there is a hovercraft, which was fun but the rubber skirt is shredded by the jagged soda crystals.”

The Maasai people who live nearby pitch in to help stitch the rubber back together.

And more local film crews were used to reduce the carbon footprint.

The series aims to demonstrate how the most dangerous of natural forces are also essential to life on our planet.

There are 1,500 active volcanoes worldwide and we wouldn’t be here without them, says series producer Huw Cordey.

“They are effectively the architects of the planet.”

Without them, we’d have no breathable atmosphere – no oceans and no land.

To demonstrate the point, we are also treated to scenes of land iguanas on the Galapagos Islands gingerly clambering down to a volcano floor to lay their eggs.

But filming such scenes isn’t without risk and there was one accident during the series.

“We were filming the geysers in Kamchatka,” says Cordey, “and one of the camera operators stepped back into a small pool of boiling water. He burnt his shin and carried on for a week but ended up having a skin graft.”

And while natural forces may be dangerous to humans, the series inevitably concludes with an episode focused on the opposite – the impact of our behaviour on those natural forces. 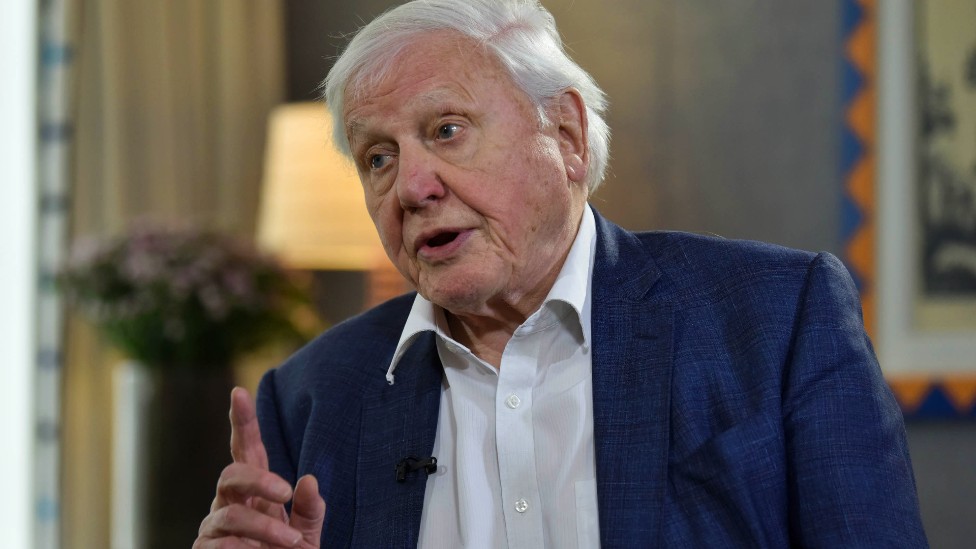 BBCWrapping paper… I’m as guilty as anyone – the guy who collects refuse from our house will probably say the sameSir David Attenborough, on Christmas waste

“It’s no longer enough to make purely celebratory nature programmes. But there are solutions. With the political will we can turn this around.”

Sir David agrees: “I keep reminding myself, we have three times the amount of humans as when I first started making TV. We can sort it out if we all behave in certain ways but to start with you have to recognise the problem.”

With that in mind, his thoughts turn to the recent election in the US.

“America is the most powerful country in the world and has a huge influence,” he says during our Zoom interview, telling of his delight at Joe Biden’s pledge to re-join the Paris climate agreement.

“I did this! (Sir David gets up, raises his hands in the air and cheers). I can’t ever remember getting out of my seat and cheering – I’ve never done it before!”

And what does he think of our own government’s recently announced 10-point climate plan?

“It won’t go far enough, no plan would ever go far enough. We are facing a real crisis, this is not just talk or fantasy. If we heat the earth so the Arctic melts, every city will be under water. Most cities are near the coast.

“But we’ve still got a chance to stop it happening. You have to say there’s a strong element in the US that don’t believe in it, including the current president (of the US).”

Speaking of his own influence, Sir David says he mistrusts “too much personality”.

“I’m sure Greta [Thunberg] would say the same. We understand a personal statement is more powerful. Greta says it all the time: ‘It’s not me, it’s the science and the scientists we should listen to’.”

Even he says he could do more when it comes to waste, especially at Christmas.

“Wrapping paper – I’m as guilty as anyone. The guy who collects refuse from our house will probably say the same.”

He says the coronavirus pandemic has made us “realise our dependency on the natural world”.

“The extravagance of Christmas is out of place at this particular moment.”

And is there anywhere he hasn’t been that he would like to visit when travelling is back on the menu?

“Central Asia, the Gobi – but there are no animals there, just fossils, so I’m not likely to be sent!”