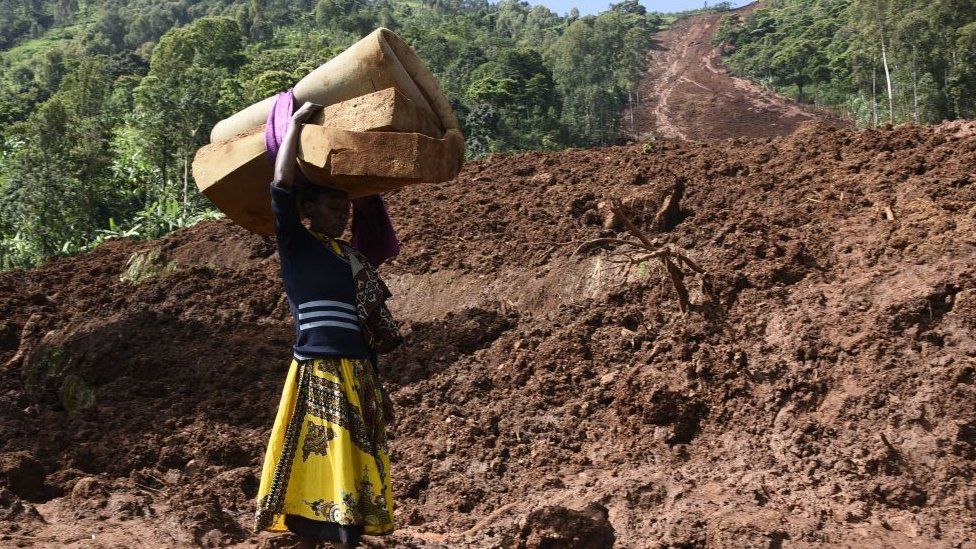 Low-income countries are struggling to protect themselves against climate change, officials and experts have told the BBC.

Organisations representing 90 countries say that their plans to prevent damage have already been outpaced by climate-induced disasters, which are intensifying and happening more regularly.

The UN says the number of developing countries with climate adaptation plans has increased. But it stresses that there’s limited evidence these plans have reduced any risks.

“We need to adapt our plans to the worsening climate crisis. Our existing plans are not enough to protect our people,” says Sonam Wangdi, chair of the UN’s Least Developed Countries (LDC) Group on climate change.

Their call for action comes as the UN’s climate science body prepares to publish its latest assessment on Monday about the state of global warming.

The report, compiled by the Intergovernmental Panel on Climate Change, will provide a scientific assessment of current and future climate change, and be a key reference for policymakers at the UN climate summit in Glasgow this November.

The world has already warmed by about 1.2C since the industrial era began, and temperatures will keep rising unless governments around the world make steep cuts to emissions.

Chaos in the Caribbean

Last year, the Caribbean had a record-breaking 30 tropical storms – including six major hurricanes. The World Meteorological Organisation says the region is still recovering.

On islands like Antigua and Barbuda, experts say that many buildings have been unable to withstand the intense winds these storms have brought.

“We used to see category four hurricanes, so that’s what we have prepared for with our adaptation plans, but now we are being hit by category five hurricanes,” says Diann Black Layner, chief climate negotiator for the Alliance of Small Island States.

“Category five hurricanes bring winds as strong as 180 miles per hour which the roofs cannot withstand because it creates stronger pressure inside our houses,” she said.

Several Pacific Island countries were hit by three cyclones between the middle of 2020 and January 2021.

“After those three cyclones, communities in the northern part of our country have seen the sea walls built as part of their adaptation plans crumbling,” says Vani Catanasiga, head of the Fiji Council of Social Services – a group representing Fijian NGOs in the country’s Disaster Management Council.

“The water and the wind repeatedly battering the settlements even displaced some locals.”

Although it’s rare to see so many storms in such a short space of time, experts say sea storms have been growing in strength.

Studies suggest tropical cyclones have become more intense in the past 40 years, but an increase in the overall number of cyclones has not been established.

In Uganda, communities in the Rwenzori region have been trying to protect themselves from landslides and floods by digging trenches and planting trees, helping to prevent soil erosion.

But it has not always been a success.

“The rains have become so intense that we have seen huge, sudden floods sweeping away these defences,” said Jackson Muhindo, a local climate change and resilience coordinator for Oxfam.

“As a result, there have been multiple landslides on mountain slopes which have buried settlements and farms,” he adds. “Adaptation works based on soil conservation are proving to be increasingly useless in the wake of these extreme weather events.”

Adaptation low on the agenda

The UN Framework Convention on Climate Change says more than 80% of developing countries have begun formulating and implementing their national adaptation plans.

But a study by the International Institute for Environment and Development (IIED), published last month, suggests that the 46 of the world’s least-developed countries don’t have the financial means to “climate proof” themselves.

Under the UN climate convention, the EU and 23 developed countries have pledged to make $100bn available every year to fund climate-related projects in developing nations – like schemes to cut emissions, and adaptations to mitigate damage caused by weather-induced disasters.

From 2020, this money will be passed on through the Green Climate Fund, Global Environment Facility and other such agencies. But developing countries argue that promise has largely been unkept. A report by the Organisation for Economic Cooperation and Development (OECD) showed developed countries had made nearly $80bn available in 2018 as total climate finance. But it found that only 21% of that money was provided for adapting to climate impacts, while most went towards cutting carbon emissions.

Some experts say adaptation plans have been hampered by politics.

“When you have other issues like [bad] governance, poverty and now Covid, it becomes very difficult for the plans to work. They simply aren’t a government’s priority,” according to Carlos Aguilar, a climate adaptation expert with Oxfam.