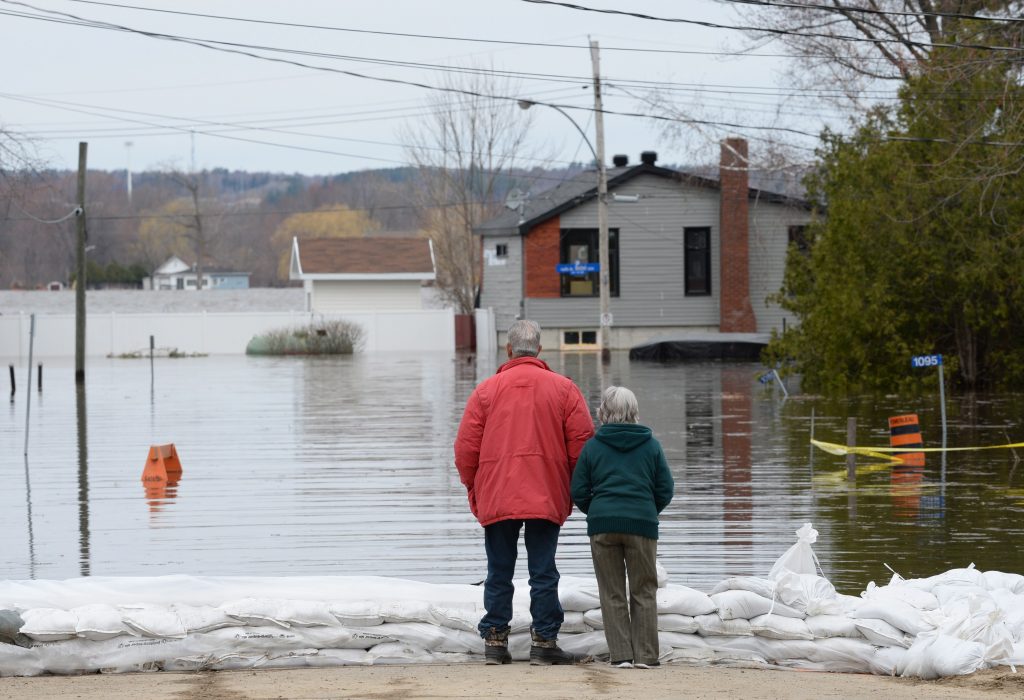 Nations vulnerable to climate change have warned they are on the “edge of extinction” if action is not taken.

The warning by a group of developing countries comes after a landmark UN report argued that global warming could make parts of the world uninhabitable.

World leaders including UK Prime Minister Boris Johnson have called the report a “wake-up call to the world”.

But some of the strongest reaction to its findings has come from countries that are set to be the worst hit.

“We are paying with our lives for the carbon someone else emitted,” said Mohamed Nasheed, a former Maldives president who represents almost 50 countries that are vulnerable to the effects of climate change.

The Maldives is the world’s lowest-lying country and Mr Nasheed said the projections by UN’s Intergovernmental Panel on Climate Change (IPCC) would be “devastating” for the nation, putting it on the “edge of extinction”.

According to the latest IPCC report, heatwaves, heavy rainfall and droughts will become more common and extreme. The UN’s chief has labelled it a “code red for humanity”.

The report says there is “unequivocal” evidence that humans are to blame for increasing temperatures. Within the next two decades, temperatures are likely to rise 1.5C above pre-industrial levels, it adds.https://emp.bbc.co.uk/emp/SMPj/2.43.6/iframe.htmlmedia captionIn Kenya, rising water levels in lakes along the Great Rift Valley have forced thousands of people from their homes.

That could lead to sea levels rising by half a metre, but a rise of 2m by the end of the century cannot be ruled out.

That could have a devastating impact on low-lying coastal countries, said Diann Black-Layne, ambassador of Antigua and Barbuda, and lead climate negotiator for the Alliance of Small Island States.

“That is our very future, right there,” Ms Black-Layne said.

The report comes less than three months before a key climate summit in Glasgow known as COP26.

Boris Johnson, who is hosting the conference, said the report showed help was needed for countries bearing the brunt of climate change.

“Today’s report makes for sobering reading, and it is clear that the next decade is going to be pivotal to securing the future of our planet,” he said.

“We know what must be done to limit global warming – consign coal to history and shift to clean energy sources, protect nature and provide climate finance for countries on the frontline.”

Under the 2015 Paris Agreement, more than 190 governments agreed the world should limit global warming to 2C or ideally 1.5C above pre-industrial levels.

But the new report says that under all scenarios, both targets will be broken this century unless huge cuts in carbon take place.

US Climate Envoy John Kerry said that to reach the targets, countries urgently needed to change their economies.

“This is the critical decade for action, and COP26 in Glasgow must be a turning point in this crisis,” Mr Kerry said.

Climate activist Greta Thunberg, who confirmed on Monday that she will attend the COP26 talks, said the report “confirms what we already know… that we are in an emergency”.

“We can still avoid the worst consequences, but not if we continue like today, and not without treating the crisis like a crisis,” she said on Twitter.