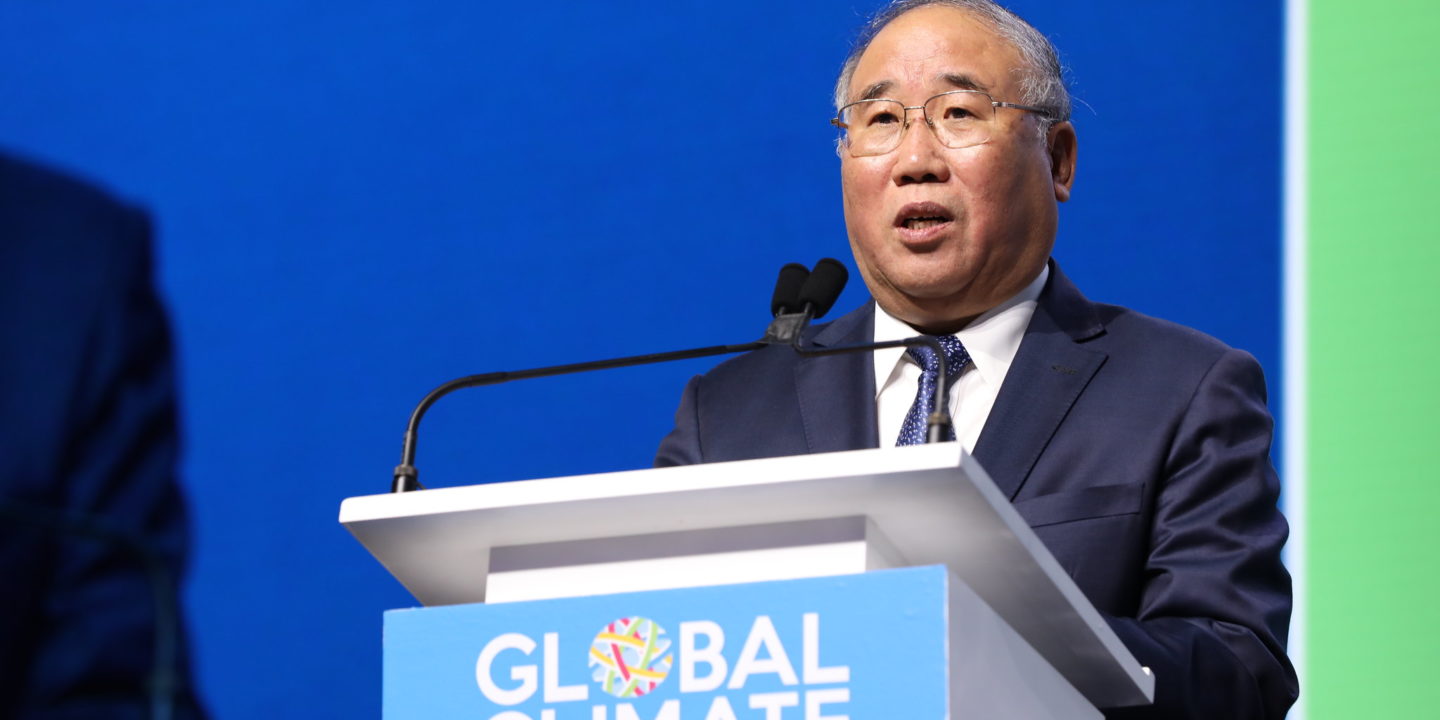 Activists and politicians have cautiously welcomed an unexpected US-China declaration that vowed to boost climate co-operation.

The EU and UN described the move as encouraging and an important step, but Greenpeace said both countries needed to take concrete action.

The US and China are the world’s two biggest CO2 emitters.

They said they would work together to achieve the 1.5C temperature goal set out in the 2015 Paris Agreement.

Scientists say that limiting global temperature rises to 1.5C will help humanity avoid the worst climate impacts. This is compared with pre-industrial temperatures.

While the latest pledge is short on detail, analysts say it is a tacit acknowledgement by China that the crisis warrants urgent attention and that it will play a bigger role in confronting the global challenge.

The announcement by the two global rivals was made on Wednesday at the COP26 climate summit in Glasgow, which officially ends on Friday.

US President Joe Biden and his Chinese counterpart Xi Jinping are now expected to hold a virtual meeting as early as next week.

According to China’s climate envoy, the declaration was agreed following some 30 meetings with the US over the past 10 months.

It pledges close co-operation on cutting emissions, while a joint working group will also “meet regularly to address the climate crisis” over the next decade.

The reaction to the surprise agreement has been largely positive, but experts and activists have warned that policies must now be enacted to support the promises.

Genevieve Maricle, director of US climate policy action at pressure group WWF, said the announcement offered “new hope” that the 1.5C limit might be achieved.

But she added that “we must also be clear eyed about what is still required if the two countries are to deliver the emission reductions necessary in the next nine years”.

Former Australian Prime Minister Kevin Rudd, who is president of the Asia Society which works on global climate change agreements, told the BBC that the agreement was “not a gamechanger” but was a big step forward.

“The current state of geopolitics between China and the United States is awful, so the fact that you can extract this… agreement between Washington and Beijing right now is [important],” he said.

The US-China declaration calls for increased efforts to close the “significant gap” that remains to achieve that 1.5C target.

There were steps agreed on a range of issues including methane emissions, the transition to clean energy and de-carbonisation.

China’s top climate negotiator Xie Zhenhua told reporters that on climate change “there is more agreement between China and US than divergence”.

China refused to join an agreement earlier this week to limit methane – a harmful greenhouse gas, but has instead pledged to develop a “national plan” to address the issue.

Mr Xie was followed by John Kerry, the US climate envoy, who said that while US and China had many differences, co-operation on climate was vital.

“Every step matters right now and we have a long journey ahead of us,” he said.

China is the world’s largest emitter of carbon dioxide, followed by the US. In September Mr Xi announced that China would aim for carbon neutrality by 2060, with a plan to hit peak emissions before 2030.

In other developments at the COP26 climate summit on Wednesday: