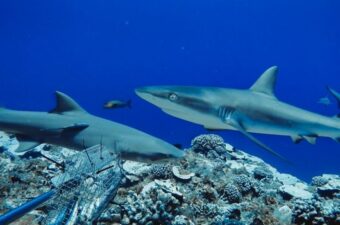 Sharks are rarely seen at almost one in five of the world’s coral reefs, a major study has found. The crash in shark numbers, caused largely by over-fishing, could have dire consequences for corals struggling to survive in a changing climate, researchers have said. Sharks are top predators, playing a key role in marine ecosystems.