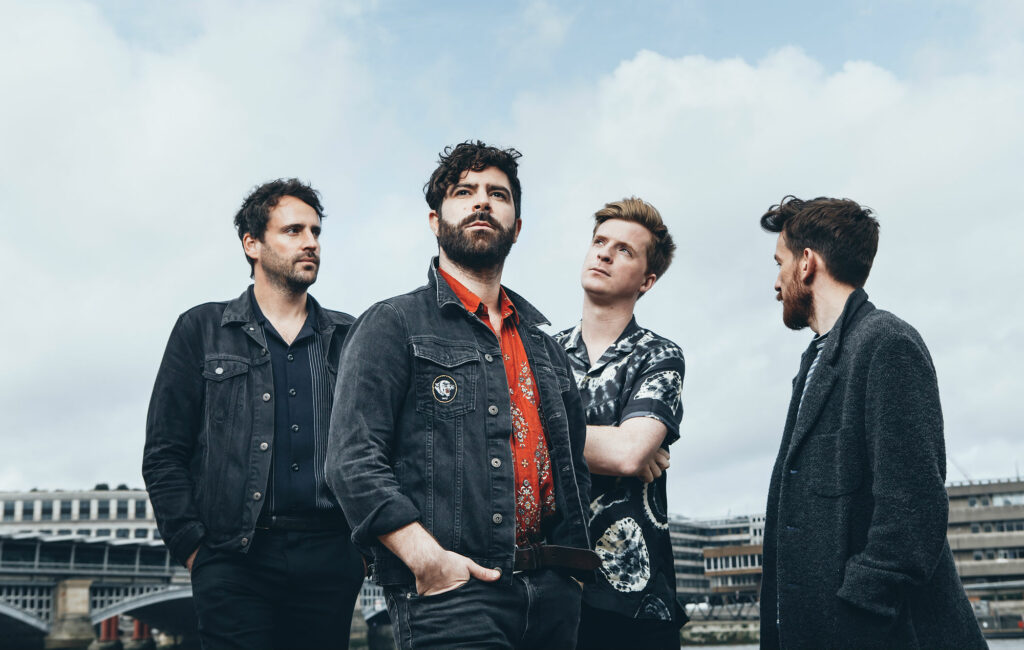 Foals keyboardist Edwin Congrave has said he has questioned being in the band over the carbon footprint of their global tours.

The musician says he has struggled with the idea of touring far-flung places like Asia and Australia.

“I think that it would be quite easy for us and a lot of bands to tour differently,” he told the BBC Radio 5 Live podcast ‘What Planet Are We On?

In a rare interview, Congreave also described suffering eco-anxiety after becoming more aware of the climate crisis in the last year.

He told co-presenters Victoria Gill and Matt McGrath it felt like “an avalanche of truth descending on my head”.

It meant the musician looked at the impact his own life was having on the environment – which at the time included a prospective tour of Asia.

“This year I’ve had to kind of look at the question of whether I should be in the band – but if I didn’t go on this tour this summer then the obvious point comes up that someone else would do it.

“So it’s not like I’m going to stop the flying and I’m just not quite ready to walk out of my job.”

But the musician called on his own band and others like it to “not do certain types of tours” – particularly those in far-off destinations.

“It wouldn’t affect our business particularly, but it would mean that we are not freighting two tonnes of gear halfway across the world and back. So, for me, that seems like quite a clear case of something we shouldn’t do.”

Congreave conceded many people’s livelihoods in the industry would be affected and also admitted that Foals frontman, Yannis Philippakis, would see things differently: “He just wants to make music and that’s his whole reason of being, so to suggest to him that we cannot tour is kind of like an affront to his identity.

“He wants to communicate his music to fans and to not be able to do that means stripping away his life.”

Congreave said he envisaged possibly relying on streaming services in the future alongside touring Europe or the USA in a greener way: “The actual impact that driving gear across Europe has compared to flying, in the big picture, is relatively low,” he added.

“But, yeah, I think that a lot of musicians and a lot of DJs and bands should just stop touring. Basically, I think it’s that serious… it’s just a message that people don’t want to hear.”

In some ways, contributing to the podcast, What Planet Are We On?, was a way to channel my own anxiety about the state of the planet and the changing climate.

Lots of the people we spoke to – like Edwin Congreave – feel anxious about the state of the planet.

“Climate anxiety is not an official, clinical diagnosis,” says Professor Susan Clayton, a psychologist at The College of Wooster in Ohio, who has studied the phenomenon.

“I use it to define people’s response of worry and negative emotions associated with their awareness of climate change. So if you are feeling that sense of anxiety,” she adds, “you are not alone.”

Joining a community group that is doing something positive – in terms of reducing carbon emissions or protecting the environment – can be a helpful way to channel anxiety.

“Getting involved in action can make people feel a greater sense of effectiveness,” Professor Clayton says.

Because, as much as the climate emergency can feel huge and intractable, there is a lot we can do to reduce our own carbon footprint and feel invested in solving the problem.

This sense of anxiety about the environment is more prevalent in younger people, and any form of ongoing, chronic stress at a young age can have implications for mental and physical health later on.

So if you are worried about a friend or family member who is preoccupied with worry about the climate emergency, don’t be tempted to dismiss it and tell them not to worry. “To deny it can make people feel even worse – like they’re not being supported,” says Prof Clayton.

And if it is something that is affecting your sleep, work and daily life negatively, you should seek support: climate change is important, but so is your mental health.

If you, or someone you know, are affected by the issues raised in this article, you can find information and support on the BBC Action Line website.

In 2019 Coldplay took the decision not to tour their album, Everyday Life, over environmental concerns.

Chris Martin announced the band wanted to “work out how our tour can not only be sustainable [but] how can it be actively beneficial.”

Last year, Massive Attack also decided to take action on the carbon footprint of the music industry, announcing they would tour Europe by train.

The band is currently working with the University of Manchester and the Tyndall Centre for Climate Change Research and released a video in October with an update into research they commissioned into how to decarbonise the music industry.