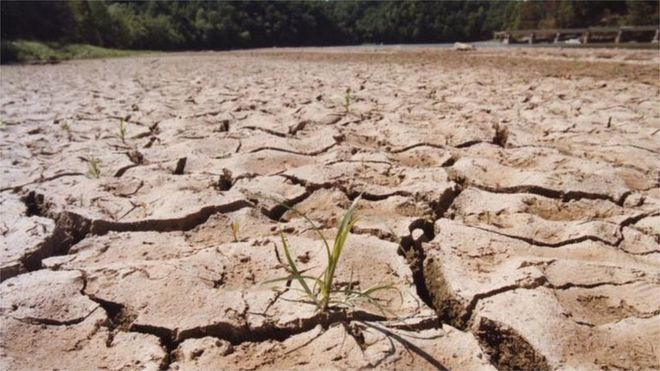 Forests can cope with a warming world if – and only if – temperature rises increase in line with increases in atmospheric carbon dioxide.

Increased CO2 allows trees to develop physiological characteristics, such as greater foliage, that can cope with higher temperatures.

But researchers warn that a break in the temperature-CO2 increase ratio could trigger mortality in forests.

The findings appear in the Proceedings of the National Academy of Sciences.

“Nobody had really considered incorporating the ability of trees, the forests, to adjust to novel conditions and to acclimate,” explained co-author John Sperry from the University of Utah.

“So it felt like we were bringing in two new approaches to this longstanding question of whether CO2 or warming were going to play out in the future.”

Using a unique model that took into account the trees’ physiology, Prof Sperry and his colleagues reached a rather surprising conclusion.

“That’s simply because in the lower emissions scenario, the ratio of CO2 increase for warming is lower.”

Co-author Martin Venturas said the team did not find many differences between species in the study, which covered 20 locations across the mainland of the US, and included both deciduous and conifer species.

But Dr Venturas added: “There is still a huge amount of uncertainty, despite the fact that we have reduced uncertainty related to the physiology of the forest.”

One such uncertainty, he explained, was precipitation levels in a changing climate and how this change affected soil moisture levels.

However, the researchers said the study findings helped move the debate forward.

“If you were coming at this naively, you would think the more emissions, the worse the forest was going to be affected because it was going to get warmer,” observed Prof Sperry.

“But it is really the ratio of the two that is important. You can have a massive shift in CO2 and warming but as long as they travel along that neutral ratio, the force is physiologically neutral and you’ll have no response.”